Blue Whale Facts – Reasons Why We Should Know Them at Large 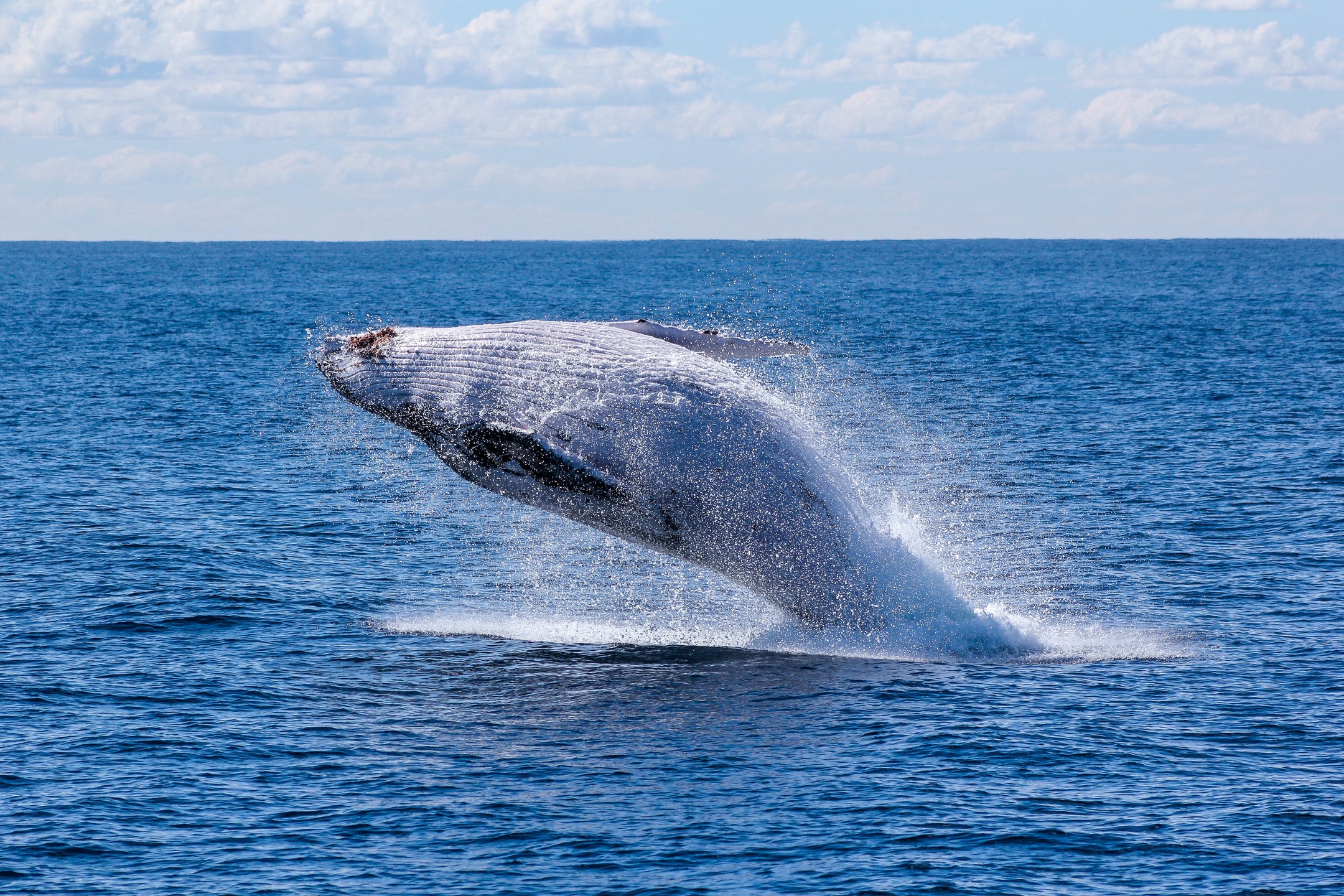 The scientific term for Blue Whale is Balaenoptera musculus which ironically means mouse-like finned whale as they are extremely large. Blue Whales are possibly the largest animal to inhabit in this world. They are generally bluish-grey in color and have a long and slender body type. Underwater, their mottled blue-grey color appears to be light blue, giving them the name, blue whale. There are numerous blue whale facts and here we are going to share the most fascinating ones.

They are also called the sulfur-bottom whale due to the reminiscent of a pale-yellow color that can be seen in parts of their body. This yellow color pigmentation is seen in their bodies because of certain algae that live on their bodies and impart color. If there was an animal similar to the size of a blue whale then it would probably be crushed by its own weight due to lack of support of heavy bones. Since blue whale resides in water, the weight of its body seems to disappear which is why they are able to survive even without having extremely heavy bones for support.

Apart from their gigantic size, these whales can also be identified by their dorsal fin which is relatively small. Like other whales, blue whales have no teeth which also makes it difficult for scientists to determine their age. They have fringed plates of material similar to that of fingernail, called baleen. It is attached to their upper jaws. The blue whales actually originated from land animals who found better survival opportunities in the water. With their size, they hardly had any predators which led them to thrive in the seas.

The Size of Blue Whales

There are many blue whale facts to talk about once you go through a variety of sources that are provided to us. One of the commonly known blue whale facts is that they are humungous. Their length may vary from 80 to over 100 feet. The longest blue whale known yet was about 108 feet long. The blue whales weigh up to 200 tonnes which are approximately 441,000 pounds.

Blue whales have extremely big hearts. It is usually about 5 feet in length, 4 feet in width and 5 feet tall and it weighs around 400 pounds. It is almost the size of a car. The heartbeat of blue whales can be detected from 2 miles away. A blue whale’s tongue itself weighs almost the same as an elephant. Female blue whales are generally larger than males.

Blue whale babies are the largest babies on the planet. They rank amongst the largest fully-grown animals at their birth itself. They weigh about 8,800 pounds and have a length of oddly 26 feet. These babies eat nothing but their mother’s milk. They gain over 200 pounds per day during the first year. This fact makes them truly unique and sets them apart from the rest of the species on the planet.

The growth rate of Blue whale calves is one of the fastest in the animal kingdom. Science suggests that the gestation period of the blue whales is between 10 to 12 months. Their calves are nursed for about 6 to 7 months. Most of their reproductive activities like births and mating takes place during the winter season.

Check out some of the interesting facts about blue whales:

Another one of the quirky blue whale facts is that they are the loudest animals on Earth. Their call can reach up to 188 decibels while a jet engine registers at 140. A blue whale’s groans and moans can be heard by the others about 1,000 miles, which is approximately 1,600 kilometers, away. Scientists believe that these whales use their vocal abilities combined with their excellent hearing to not only communicate but also to navigate the depths of the dark ocean.

Another one of the blue whale facts, a very important one, in fact, is that they do not eat humans. They do not try eating small mammals, let alone humans. They feed on krill and sometimes fish. Despite their massive size, they eat the smallest creatures for their survival.  Their stomach can hold 2,200 pounds of these tiny crustaceans at a time.

3. They need lots of tiny krill

They need nearly 9,000 pounds of tiny krill per day. During the summer season, they require about 40 million krill on a daily basis to feed on. They gulp a mouthful of water and then expand their pleated skin on the stomach and throat to consume it. They then their tongue to force out water through thin baleen plates that overlap with each other. Plenty of krill gets left behind inside the gigantic mouth of the blue whales are then swallowed.

4. They love to travel

Whales travel a lot throughout the globe. They spend their summers feeding in the polar regions. During winters, they make long trips towards the Equator. Their normal speed is 5 meters per hour but they can speed up to 20 meters per hour as and when required.

One of the popular blue whale facts is that they are believed to be Earth’s longest-lived creatures in the animal kingdom. Their ballpark age can be determined by counting the layers of wax in their ears, somewhat similar to counting rings in the bark to find the age of trees. Their average life-span is about 80 to 90 years. The oldest blue whale scientists have encountered using this method was about 110 years old. 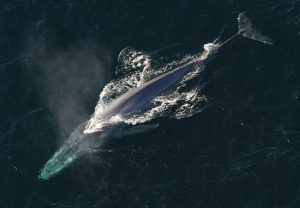 Let’s talk about Where do Blue Whales live? Blue whales live in all the oceans on Earth except the Arctic. They usually swim alone or in very small groups. However, they are found in a larger population in the Southern Hemisphere. They usually migrate between summer feeding grounds and the Equator during the winters.

There are shreds of evidence which also inform us that there are few individual blue whales that stay in the same region all around the year. Generally, their distribution and migration are mainly driven by their food requirements. They are seen mostly where there is krill available in concentrated quantity.

Where do blue whales live?

In the North Atlantic Ocean, they are found across a vast stretch from the subtropics to the Greenland Sea. They have been found in waters near the eastern parts of the United States of America, eastern Canada and rather rarely in the Gulf of Mexico and the Caribbean Sea. It is believed that blue whales spend their winters off of Mexico and Central America along the West Coast of the United States.

During the month of December through March, it is amongst their many facts that they are often found with their calves in the Gulf of California. It is possible that a lot of whale babies are born in and around the Gulf of California, it may also be an important area for calving and nursing for these enormous mammals.

The blue whales have been sighted and detected in the northern Indian Ocean region including the Gulf of Aden, the Arabian Sea and across the Bay of Bengal. The scientists still have not been successful in tracking their migrating movements and patterns but it may be associated with the oceanographic changes with respect to monsoon.

In the Southern Hemisphere, these whales are mostly found in waters of high latitude and close to the ice edge in summer while during winters, most of them migrate to lower altitudes. Pygmy blue whales are mostly distributed north of the Antarctic convergence. They are found in large numbers in the waters of Australia, Madagascar, and New Zealand. There are a few blue whales found in the south-eastern parts of the Pacific Ocean, but the subspecies are unnamed.

Why are Blue Whales Endangered?

Until the dawn of the 20th century, there was an abundant number of blue whales all over the world. This was before the whalers had discovered the treasure trove of oil these whales could provide. But once it was discovered, almost every last one of them was killed throughout the globe. They were hunted for commercial purposes.

Their count was reduced tremendously during the first half of the 20th century. More thank 350,000 were killed in the Southern Hemisphere between the years 1904 and 1967. Over 29,000 blue whales were killed in the year 1931 alone. Altogether, approximately 360,000 of them were slaughtered and hunted in the 20th century in the Antarctic alone. The species was nearly exterminated to point of extinction during the time period. They were slaughtered and murdered for their oil. They finally received worldwide protection in the year 1967.

Even though commercial whaling is not a threat anymore, their recovery has been slow. Today, the worldwide count of the species is around 25,000. Their population is about 2,000 off the coast of California. The population of blue whales near Iceland, due to regulations and ban on whaling and hunting, are reported to have increased.

The largest known population of the blue whales are in the North East Pacific, between Alaska and Costa Rica. They migrate to the Californian waters during the summers. In the Southern Hemisphere, there have been sightings of the Antarctic blue whales and the Pygmy blue whales of the Indian Ocean. However, they are still listed as an endangered species under the International Conservation of Nature.

There are a few major threats faced currently which can lead to the extinction of the blue whales. These threats include vessel strikes, entanglement, and predators.

Another threat faced by blue whales is entanglement. They can get entangled with the fishing gear by either r trying to swim away with the gear attached or becoming anchored. They can be entangled in many types of gear which include traps set by humans, pots or even gill-nets. After getting entangled without realizing, they may drag the gear and swim for long distances. This can result in extreme fatigue, compromised feeding ability, or one or more deep, severe injuries that can lead to reproductive failure and death.

The blue whale is a fascinating species on its own. They are huge beasts that have adapted well to their environment and are majestic to look at. They are a vital part of the ocean ecology and they don’t pose a threat to any other organism on this planet. However, mankind’s greed has led to a sharp fall in their nature. The pollution caused by us humans has led to them becoming an endangered species. We need to coordinate and amalgamate efforts to save them so that the future generations can gaze upon their wondrous beauty as well.

The Top 7 Undeniable Benefits of Good Dieting and Training Lifestyle 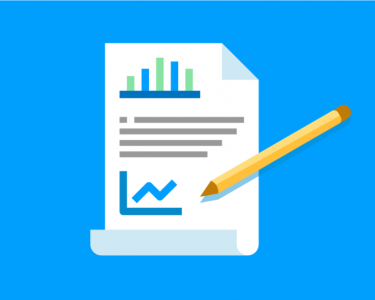 Check Out These 12 Amazing Video Tools If… 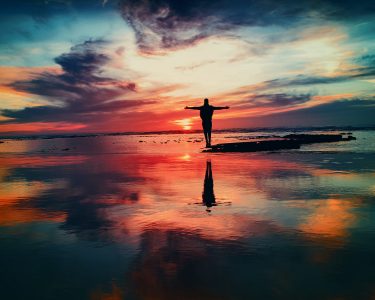 3 Ideas for Improving Your Life in Troubled…

The Amazon rainforest is known worldwide as the largest tropical rainforest. It covers around 40% of South America continent and...